This is not about me, its about making America No. 1 Again 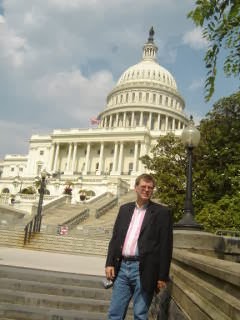 I am running in the Democratic Primary to take out Ted Cruz's buddy, John Cornyn -- so we have another Democrat in the Senate--the first one with extensive global expertise, having been an international negotiator in 50 or so countries, a TV Terrorism Analyst on 9/11 (and before) and founder of a successful security company with a green, carbon negative technology that has grown 500% in the worst economy created by the GOP since the GREAT Depression 70 years ago. And an author.

America MUST become a just country - the world has always looked up to us when so many of them did NOT have social justice.

The GOP has been taking that away. I should know, I have been in their primaries and saw it up close.

I had enough of the GOP extremism (to win the primary requires running to the right of right) which got worse in 2010 with the tea party and its empty-minded  mongering, so I joined what I call "the human party" --the Democratic Party. Actually i started with the Democrats in 1972 at UT Austin. Voted for Obama in 2008 and 2012, Helped John Glenn in 1984. '

According to Leticia Van de Putte, we will need some GOP votes from moderates for them and us to win in November 2014. I can help due to my history.

I have lived in Amarillo, Plainview, Lubbock, Austin, Houston - and worked everywhere else. BBA Accountin UT, JD with honors Texas Tech. Adviser for Center for International Business at Texas A&M for 18 years. Adjunct Professor at HCC at one point. Volunteer pilot for Civil Air Patrol (search and rescue for US Air Force).
Please share my new Facebook page and website.

This is not about me. It's about making America No. 1 again in the inescapable high-tech, space age global economy we now live in and must compete in. It is a must for our children as much as ourselves.

I have a written "Agenda for American Greatness" to make that happen -- the only candidate who has a plan suited for this international world.  The Chinese –now the No. 2 economy in the world -- can actually afford their military expenditures. Since the Bush tax cuts ours requires 40% borrowed money, from China!

I have personally seen China go from a bicycle economy when I first went there on negotiations in 1982 -- to going back in 2012 and riding the fastest train in the world (all documented with photos I took over 30 year. There are in a book I wrote "Better Times Ahead April Fool." It is my memoir and a true story of farm to flying the world, to getting laid off and having to re-invent to carry on. It led to my becoming a TV Terrorism Analyst and founding a company that grow 500% despite the worst economy in 70 years.  I made the last chapter “Agenda for American Greatness” FREE at the book website.

Reinvention applies to countries and people. Our country needs it right now...details at www.FjetForSenate.com

If you can donate something, great. If not, please VOTE for me Michael Fjetland (pronounced "Fetland"). In law school my nickname was "F-Jet") in the March 4, 2014 Democratic primary.

Please share this with your friends and ask them to do the same with their friends (heck, share it even with your enemies - improving our economy is good for all!)

I need your help to put us back on top, globally.
Facebook page:
https://www.facebook.com/FjetforSenate
Website:
www.FjetForSenate.com
Posted by Global American at 6:19 PM