Greece Ferry Fire Lesson _ YOU ARE ON YOUR OWN 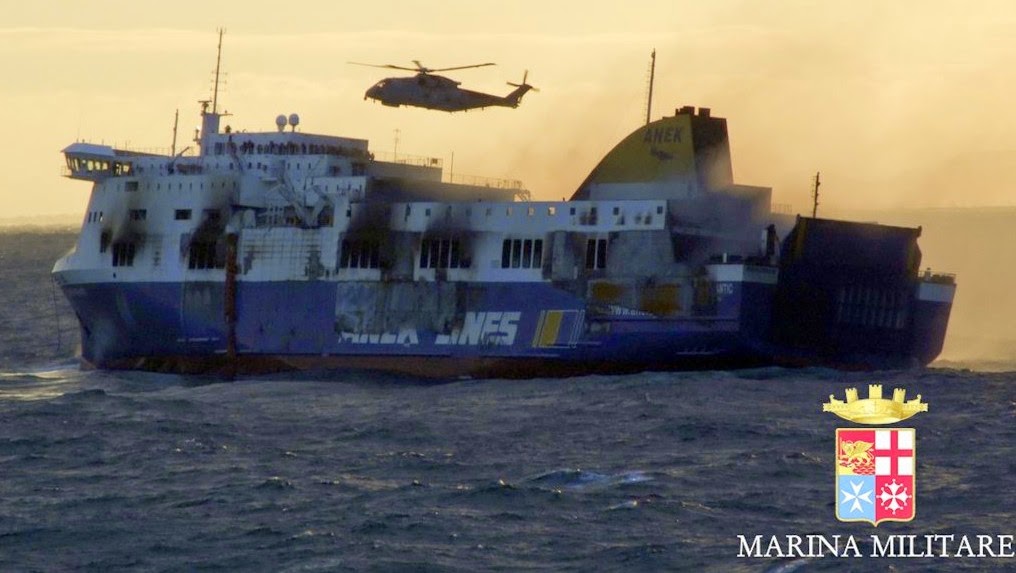 The fire on the ferry in Europe (between Greece and Italy) is a lesson in "You are on your own" when disaster hits. Passengers said no one knocked on their door to warn them. There were no alarms. They floors got so hot it melted their shoes as they fled to the top of the ferry in a jungle atmosphere to escape the  flames.

One thing that global traveling taught me was to be creative in finding solutions to all kinds of unexpected events - it comes in handy in cases like this.  You are on a ferry (or a plane, train). Everything is cool. Suddenly smoke is blowing and no one is saying anything. Either you kick in your survival instincts, or you are toast.  In 2004 foreign tourists in Thailand suddenly saw a Tsunami wave roll across a beautiful beach without warning. If you didn't start running for the hills when the water went out, your chance of survival was dim. I saw the videos of people jumping on sinking buses in roiling waters filled with debris - death if they fell into it.

Over 400 people have been rescued from the burning ferry. Unfortunately, the passengers of AirAsia 8501 were not so lucky. Wreckage and bodies have been found six miles from where it was lost on radar. We need to know what the flight recorders say to determine whether it was an avoidable pilot error or something else. It matters because if its a mechanical issue then we know.

When a DC 10 went down in Dallas the investigation found that improper changes of the engines by the mechanics had led to the metal failure that causes an engine to break off during takeoff. They plane would have still survived except that the power was from the left engine only, and that was the engine that fell off. That lack of power led to wing slats retracting, causing the plane to roll despite the pilot's impossible task of keeping it level. It plowed into a hangar as the passengers watched on a video monitor of a camera mounted on the front of the aircraft.

Because of that discovery, all DC 10's were checked - and many had the cracks from the same flawed mechanic procedure (they were using a fork lift to put the new engine back - instead of the bolting procedure in the manual. One hit in the wrong place and it creates a crack, that leads to losing the engine).

SOLUTION: We MUST upgrade the Tracking Technology on aircraft - especially those flying over the ocean. It took 3 days to find AsiaAir 8501 - had there been survivors it is unlikely they would have lived three days waiting for search and rescue.  It should be MANDATORY for all airlines. Let your Congress rep hear from you on this - next time it might be someone in your family that they are looking for. They are still looking for MH 370 and it took two YEARS to find Airbus 447 in the Atlantic.

In the meantime, be ready to survive on your own in a tight spot...as I did in  many tight spots described in"Better Times Ahead..."
www.BetterTimesAheadAprilFool.com
Posted by Global American at 4:55 PM