President Clinton was recently recorded at a private event saying that President Obama would "look like a fool" if he did nothing about Syria - as Iran and Hezbollah are winning against the rebels trying to oust Assad. Now it appears the U.S. will start arming the rebels, but don't expect boots on the ground (think Bosnia). 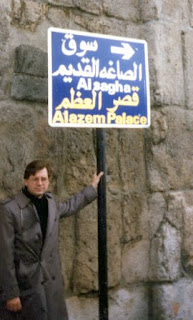 Above: Michael Fjetland at the Great Mosque, Damascus, Syria 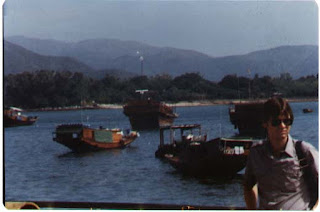 Above: Michael Fjetland at Hong Kong - Gateway to China. It's just a short ride away.

I saw Syria from the inside during Assad's fathers reign. My new eBook has photos I took of the country while in a child kidnapping case (ironically, the child was 70 years away in Lebanon but the father was in Damascus and we could not legally go into Lebanon at that time).

And NSA leaker of classified information, Edward Snowden, is now holed up in Hong Kong after releasing NSA records of its spy programs on China, etc. My eBook shows the inside workings on how one slips from Hong Kong - which has an extradition treaty with the U.S. --into China which does not have such a treaty. I have done it.

Get an insight into these different worlds that impact America's future in "Better Times Ahead April Fool."

The book ends with SOLUTIONS for America's future success - in "Agenda for American Greatness."