Road to the Butcher of Damascus - Europe's Pending Meltdown 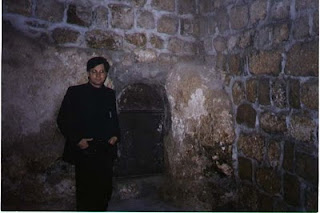 Photo 1: At the back of an old Christian church in Syria is this little door, which was the ORIGINAL entrance by Christians to avoid being killed by Romans for practicing their religion. Now it is the back of the quaint church - yes, church in the middle of Syria.
Photo 2: Michael Fjetland by a sign outside the "Great Mosque of Damascus" in Syria, Dec. '96.

2011 BBC News reported tonight that reporters have been DENIED access to Syria for the last 6 months! Here is a photo of me in Damascus, Syria in December 1996 while I was negotiating an international child kidnapping case.

Why has Assad shut off Syria from the outside press? Because the Assad government doesn't want reporters filming him shooting houses with tanks. The Assad family have ruled Syria like Saddam for over 40 years. First it was the father. Now it is the evil son.

One 18-year old girl was taken away from her house by Assad's security forces as a way for them to find her brother (who was one of the protest leaders). Her body was later found in a morque by her family, without a head, or skin. The girl's hands and feet were tied.

That is the kind of beast who is running Syria in 2011.

Over 2,500 protesters have been killed by Assad in the last six months of its Arab Spring. The Syrian people are yearning for freedom and democracy. One man risked whispering a warning to the reporter before leaving, afraid to show his face. In Syria, making a free statement to a reporter that doesn't support Mr. Assad means death for that person. People are safer in Russia than Syria. Despite that, hundreds of thousands of people have gone out into the streets in protest.

The BBC news crew-the only one allowed into Syria so far -- are being watched by government "minders" -- they don't let the reporters go where they want or talk to who they want. They are "escorted" and told the "party line" - claiming the protesters murdered the girl, not Assad's goons.

The drive for freedom and democracy in the Middle East continues to grow.

Some GOOD news (but not good enough) - Saudi women have just been -- FINALLY -- given the right to vote in elections due in 2015 (the men could already vote in municipal elections). No one gets to pick the king.

But they still cannot legally drive! In Saudi in 2011, women still need the permission of a male member of the family to do almost anything. But it is the religious zealots that are keeping them from driving.

Some More GOOD GOOD NEWS --Libya's freedom fighters are finally entering Gadhafi's family stronghold. His people were told that the "rebels" were going to cut their throats. They were amazed that the rebels were nice young men who didn't hurt them. Another Gadhafi lie shown to be a lie.

Stay tuned. We are NOT OUT OF THE WOOD YET. A BIGGER threat Looms. It is a FINANCIAL THREAT - a GLOBAL one.

Europe's financial collapse could be NEXT - and near.

If it happens it WILL impact US. Even Europe doesn't have a fed...
Posted by Global American at 3:03 PM