The violence in Israel once again raises the question: "Will it ever end?"

Let me ask Americans to look at it this way. Would any of you accept life if:

(1) Your son has murdered a man and two days later the authorities show up and bulldoze your house, putting an entire family homeless, as punishment? No court hearing or lawyers or appeals allowed.
(2) Someone just comes along and takes your farm and builds a settlement on it. No court appearance or appeal. Then you aren't allowed in that town.
(3) It is Illegal for you to own a gun, but the other side legally has the guns (tanks, etc.)
(4) You have no job and no prospect of a job and thousands just like you are in their 20's with no hope for a better anything.
(5) Some days the authorities prohibit young men of a certain age from going to a holy site, just because they want to. The rules change every day and you have no control over any of them.

So, how many of you Americans would live like that? And NOT protest?

That is the life for Palestinians today.

I support Israel and its right to exist but until there is also hope for Palestinians, the frustrations will continue to produce these awful acts of violence. Would Americans in that situation do any less?

Let's have an honest discussion about this - and find solutions because it won't fix itself. In fact, Israel is about to become a majority Palestinian country controlled by a minority. We saw that decades ago in South Africa.

That is not where Israel wants to go to remain special.
Posted by Global American at 6:47 AM No comments:

I just saw the stunning Tom Hanks movie, "Bridge of Spies" and HIGHLY recommend it for a time wrap into our most dangerous nuclear face off -- and what a civilian was able to do that our government could not do.

It's about a NY lawyer, Jim Donovan, who was asked by the CIA and U.S. government to help negotiate the release of Francis Gary Powers, the U-2 pilot shot down over the Soviet Union on a spy mission. They wanted him involved because it was too risky for U.S. officials to be tied to it, in case something went wrong (and usually does). 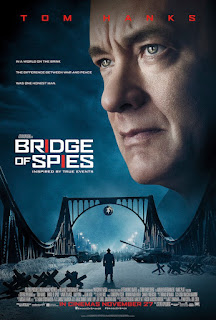 Donovan was an insurance attorney, but he jumped into a whole new world and became an international legal negotiator as a result of this event. I found it extremely realistic (as someone who negotiated in over 50 countries.)

The international lawyer lives in a world in which many of the rules are unwritten and you have to think on your feet. The scene where Donovan was fighting a cold, jet lag and the language and cultural barriers --and what he does when facing off an East German gang wanting his coat--is classic style.

Despite that encounter, he had to make the next meeting in hostile country and see through the games being played by the other side despite lack of sleep and a strong desire to go home ASAP.  I felt that way on a six week stint in China, etc. in "Better Times Ahead April Fool" and during a kidnapping negotiation in Syria.

I HIGHLY recommend it.

The movie shows a slice of what my book "Better Times Ahead April Fool" describes in writing - flying into totally different countries, each with totally different laws, different customs and different languages, and -- despite jet lag and language barriers --negotiating deals with nothing more than a telephone and briefcase, in negotiating rooms with cold floors and street signs you can't read, figuring out the unwritten rules and having to rely on your instincts and guts in strange places.  We didn't have computers and smart phones or GPS maps back then. Being in a strange place become "normal"...

Donovan made the leap and decided to convince the East Germans to also release an American student who had been jailed in East Berlin when he tried to get his girl friend out before the "Berlin wall" separating East Berlin from West Berlin was built.  He didn't abandon that position even when the CIA only cared about getting back our U-2 pilot.

To see how it all played out, check out "Bridges of Spies" to see what the world of international negotiation (still) looks like - negotiating with a bad cold  and somehow communicating despite the language wall and cultures that view time differently than we do. Seeing through the tricks and holding out for a deal that others would not have, that is the life of the global negotiator - amazing.

It's a skill few have. Donovan is a role model for showing the world how the American legal profession, and our lawyers, remains a unique example of American exceptionalism.

Here is the link to the trailer for Bridge of Spies.  Steven Spielberg did a tremendous job shooting it. Just discovered that we share the same birthdate - Dec. 18! Sags rule! lol.

Posted by Global American at 1:45 PM No comments:

Obama, Syria, Russia - WHY Europe Has MILLIONS of Refugees...Because of This

Europe is being besieged by over 10,000 refugees A DAY are flooding in a non-stop line, all hoping to land in Germany or England - or anywhere they can live without being killed in a civil war...in Syria.

Some people think "terrorists" are coming. These are kids and families. And this short video clip shows why. It shows what President Assad is doing to his own country. These shots are Assad's tanks shooting into his own city. See what's left of the buildings...

THIS is why people are flooding into EUROPE!

Here is the link to an extended video.

I was in Syria on a kidnapping case, before this happened. I wrote about it in the chapter "Indiana Jones Never Tried This" in "Better Times Ahead April Fool" - the streets I included in the photos no longer exist but piles of rubble. Ironically, when I was there, Lebanon was not safe but Damascus was; now it is the reverse. Here are a couple photos of the pre-war Damascus I saw... 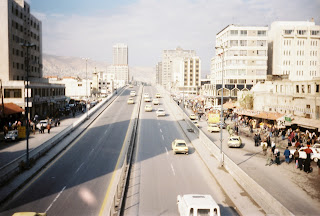 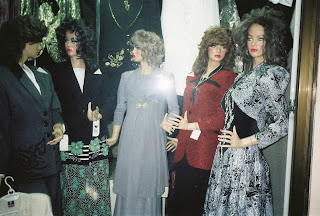 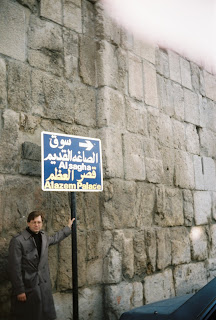 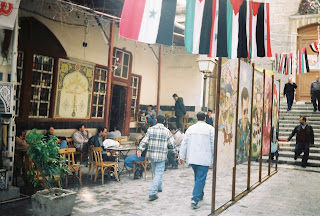 Until we STOP the insane war in Syria, this flood of refugees will continue --all they way from their unstable neighbors to Europe and yes, to the United States!

In a nation where we have to choose between a murdering dictator and terrorists like ISIS, with a few moderate fighters caught in between, it will take a American effort that will have to include a deal cut with Russia at this point. It is the only option left.

Assad will have to stay, only to be replaced later on in some process. Otherwise, the millions of families will continue to flood our world.

Which is worse? Dealing with Assad or ISIS? We need Assad just long enough to replace him....or the crisis will continue to overwhelm Europe and eventually the United State.
Posted by Global American at 9:23 AM No comments: