RESIGN or RELEASE YOUR TAX RETURNS TRUMP AND SANDERS....NOW! EVERY Presidential candidate has done for 40 years - Stop Hiding

For the last 40 years EVERY candidate for President of the United States has disclosed (his and her) tax returns -- except for Donald Trump and Bernie Sanders.  Until they do, they need to withdraw from consideration because Americans have the right to know. 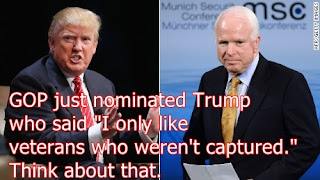 Aside from a lack of knowledge of the real world (Mr. Trump has now decreed California not to be in drought, his godly powers are so strong). Bernie Sanders bailed out of a radio interview when asked what real jobs he has had other than being a taxpayer-funded politician, and had no idea how to answer questions related to Central America "It's not something I know anything about" he admitted. 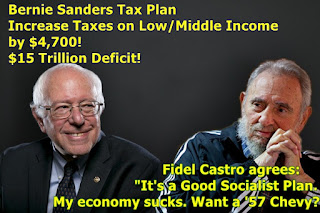 These two jokers claim the right to be our president--by hiding their tax returns from the people they want to vote for them?  What are they hiding? The truth for sure.

Let me guess. Voters would find Bernie to be worth a lot more than he pretends on the campaign trail as he promises free everything.  Trumps voters would discover that once again it was all a lie and he's not worth a fraction of what he claims.

The American system depends on transparency and honesty.  Whatever those returns says, it is an important document that is a bridge of openness between the one we pick as president and the people of this country. We aren't seeing it with these two. They are acting like the corrupt leaders of 3rd world countries I've been in where their people are kept in the dark.

What about Hillary your ask?  She has released 33 years of tax returns. You are free to go look at them. Compare them to returns ZERO for Trump and Sanders. 33 to 0.  So, WHY should a guy who wrote in "The Art of the Deal" that when you tell a lie 3 times its easy to screw people" and why should a guy who has lived on taxpayer money his entire adult life be so "special" to avoid doing what every other candidate has done for DECADES?

Are we Americans going to accept a president who can be a dictator whose tax returns we never see?  Trump is scheduled to be the defendant in a FRAUD trail November 28, so let that soak in if you don't think tax returns are important. Besides, if they don't have to release these returns now why do you think they would ever release another one if  they were elected? Then we do have a dark turn to an open country that has made America special in the world. Obama, leader of the strongest country in the world, releases his tax returns every year.

Failure of them to release these returns now opens the road to dictatorship, like the 3rd world corrupt leadership I have seen in my decades negotiating in nearly 50 countries. that is where we are going if all Americans don't DEMAND THEY RELEASE THEIR TAX RETURNS NOW.

Let's stick apples to apples. Tax returns are NOT speeches (which NO ONE has ever had to release so that's another issue for another day).

What are you hiding Deceitful-two-faced-change-my-mind-every-second Donald?

What about you Bernie, who is so righteous and pious on "corruption" yet won't release all your returns "because Jane can't find them"?  What's next? The dog ate it? What makes you "special" from all the others who disclosed their tax returns including the woman you claim to be better than.

Until you candidates play by the same rules, we don't need you running for the highest office in the land that requires open disclosure BEFORE taking office.

RESIGN or RELEASE YOUR TAX RETURNS TRUMP AND SANDERS....NOW!

Pass it  on.
Michael Fjetland, Author
Better Times Ahead April Fool
"Agenda for American Greatness"
Twitter: @Fjet2020
Like us on Facebook
Posted by Global American at 1:56 PM